The Second World War presents a problem for the left. Any socialist today instinctively, and rightly, opposes all wars initiated by the British and American states as imperialist wars – wars fought to expand territory and power by conquest or control of client states, to defend and extend the interests of the capitalist class by control of resources, labour, markets, both abroad and at home. This is true of contemporary wars in Afghanistan, Iraq and elsewhere, and in the twentieth century, of Vietnam and the First World War. All were proclaimed as wars for civilisation, freedom, democracy, but these pretexts are well established to have been lies, concocted by our rulers to justify imperialist war and propagated by “useful idiots” of various stripes.

But what of the Second World War – the “last good war”? It may appear self-evident that this war was different – that the war was fought by the Allies in self-defence against aggression; for freedom, democracy, and liberation from fascism, and above all the end the Holocaust. This notion is very well established in the popular conception of the war in this country and the USA, and will no doubt be on full parade this summer for the 70th anniversaries of the defeat of Germany and Japan. And this perception is itself used today to justify modern imperialist wars – it was openly invoked, for instance, by Tony Blair, who used the myth of Churchill standing firm against Hitler to justify a lawless war of aggression and destruction against the weak and defenceless Iraqi state and people.

I am going to argue that in reality there was nothing unique about the Second World War, in that it was an imperialist war in motive, methods and outcome – the greatest of all imperialist wars – from the point of view of all the great powers involved, both the Axis (Germany, Italy, Japan) and the Western Allies (primarily the USA and the UK). As a starting point we can identify the war as arising from the great crisis of capitalism of the 1930s. As Trotsky argued:

“The struggle is going on between the imperialist slave holders of different camps for a new division of the world…The present war is a direct prolongation of the previous war….The present war–the second imperialist war–is not an accident; it does not result from the will of this or that dictator. It was predicted long ago. It derived its origin inexorably from the contradiction of international capitalist interests…The immediate cause of the present war is the rivalry between the old wealthy empires, Great Britain and France, and belated imperialist plunderers, Germany and Italy…U.S. capitalism is up against the same problems that pushed Germany in 1914 on the path of war. The world is divided? It must be redivided. For Germany it was a question of ‘organizing Europe.’ The United States must ‘organize’ the world. History is bringing humanity face to face with the volcanic eruption of American Imperialism.”

In the “have-not” imperialist powers of Germany, Italy and Japan, the crisis resulted in the formation of extreme militarist and authoritarian regimes to defend domestic capitalism and to mobilise their populations for a brutally expansionist imperialism. The “have” powers of Britain and France, and the nascent power of the USA, were able, as established imperial powers, to cloak their imperialism in defensive terms with a more subtle ideological legitimation emphasising freedom and democracy. In this analysis the Soviet Union presents a problem. For Trotsky himself the USSR was still fundamentally a workers’ state and thus it could not be playing the same imperialist game as the capitalist powers. I shall return to the question of the nature of the Soviet Union’s “Great Patriotic War” later. 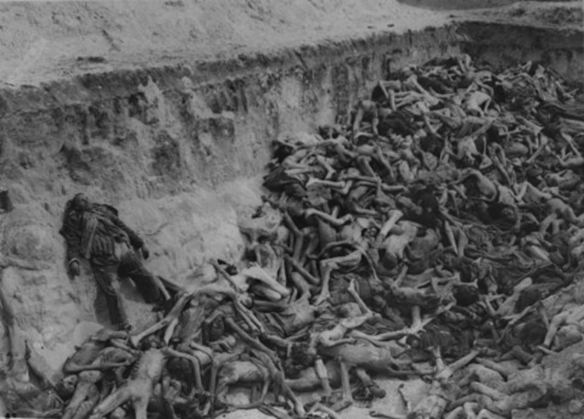 Considering the Axis powers, it is very obvious that they were indeed fighting an imperialist war, in an extraordinary savage and brutal manner. There is no need to detail the expansionist war aims of Nazism, the brutality of occupation, enslavement and economic exploitation with the murderous twist of Lebensraum and racial war. Despite occasional claims to the contrary, basic knowledge and understanding of Nazi brutality and genocide, and particularly the Holocaust of Europe’s Jews, are very well known in this country and are embedded in its compulsory education system. 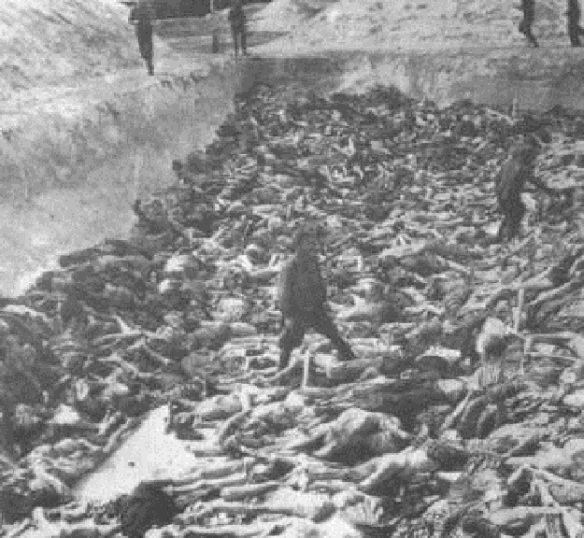 Italian fascism may appear feeble and even comical by comparison, but it aimed explicitly at the creation of a new Roman empire around the Mediterranean, inaugurated by genocide in Libya and Ethiopia, where perhaps one million Ethiopians were killed (with, we might add, the active and tacit support of the Church: the Bishop of Cremona consecrated a number of regimental flags with the words “The blessing of God be upon these soldiers who, on African soil, will conquer new and fertile lands for the Italian genius, thereby bringing to them Roman and Christian culture. May Italy stand once again as the Christian mentor to the whole world.”) 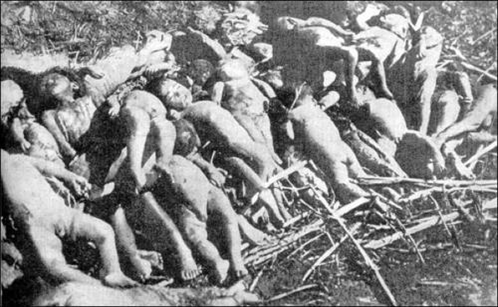 Japanese imperialism presented itself to the peoples of Asia, colonial subjects of European powers (and of the USA in the case of the Philippines) as liberation by an older, stronger, brother. Japan sought not to construct an empire but the “Greater East Asia Co-Prosperity Sphere”, whose peoples would “enjoy prosperous coexistence by mutual help and accommodation and, by doing so…promote the peace and prosperity of the world.” This of course was a lie, and the “liberated” people of Indonesia, Vietnam and the rest of south-east Asia soon discovered that “co-prosperity” meant just a new imperial master, and forced labour, the extraction of food and goods, shortages and starvation. Although it is less well-known in this country than Nazi atrocities, Japanese imperialism too was extraordinary brutal. In 1937, the two month “rape of Nanking” in China saw the killing of 200,000 Chinese men and the rape and killing of 20,000 women. Japan used bubonic plague as a biological weapon in its war in China.

The second part of this article explores the imperialist motives and actions of the USA and the UK.